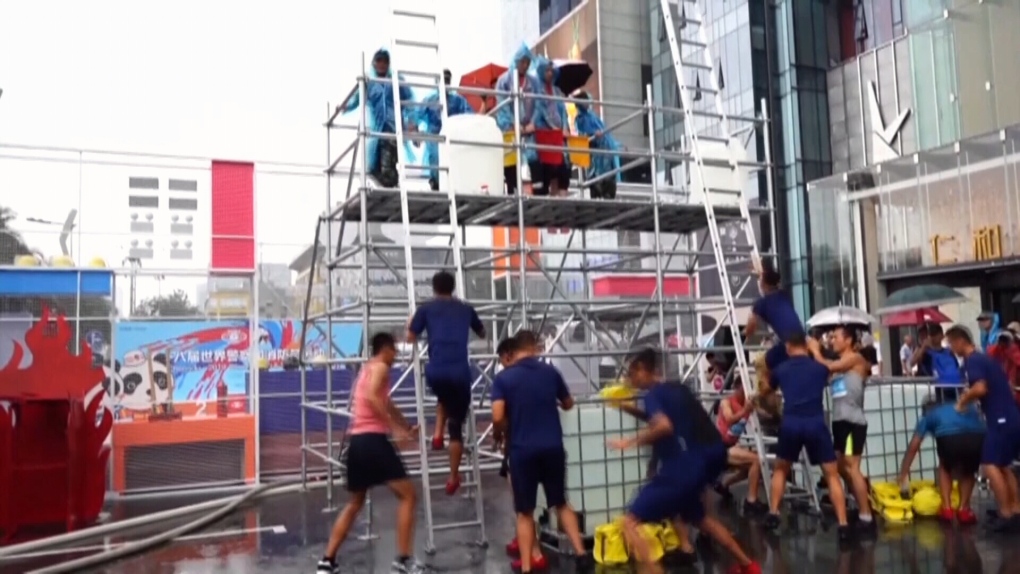 Thousands of first responders are expected to be in Winnipeg next year for an Olympic-style event, the 2023 World Police and Fire Games.

From now on, the police and firefighters present will have more competition. The games organization announced Thursday that more athletes would be invited to participate, including volunteer firefighters, 911 dispatchers and lifeguards.

“As hosts here in Winnipeg, we’re going to have the advantage of having these first-time Games attendees and we couldn’t be happier,” Edwards said.

Paramedics are also now on the list of participants.

On the same day the games made it official, one of its prominent board members who lobbied to secure the competition for Winnipeg resigned. Alex Forrest, former longtime president of the United Fire Fighters of Winnipeg, posted a message on Facebook.

“Brother, Sister Police and Fire – sadly I have to announce that I have resigned from my position on the Board of Directors for the Winnipeg 2023 World Police and Fire Games in Winnipeg,” writes Forrest.

He then seems to warn those who plan to participate in the event.

“Before you decide to attend or send a team, send me a direct message,” writes Forrest.

He has been at odds with the paramedics union in the past and is a strong supporter of firefighters.

Edwards says he doesn’t know why Forrest pulled out.

“I’m not sure, I don’t want to speak on behalf of Mr. Forrest, that’s no information that was given to us,” Edwards said.

“We don’t,” Edwards said. “These games are about bringing people together, promoting diversity and inclusion.”