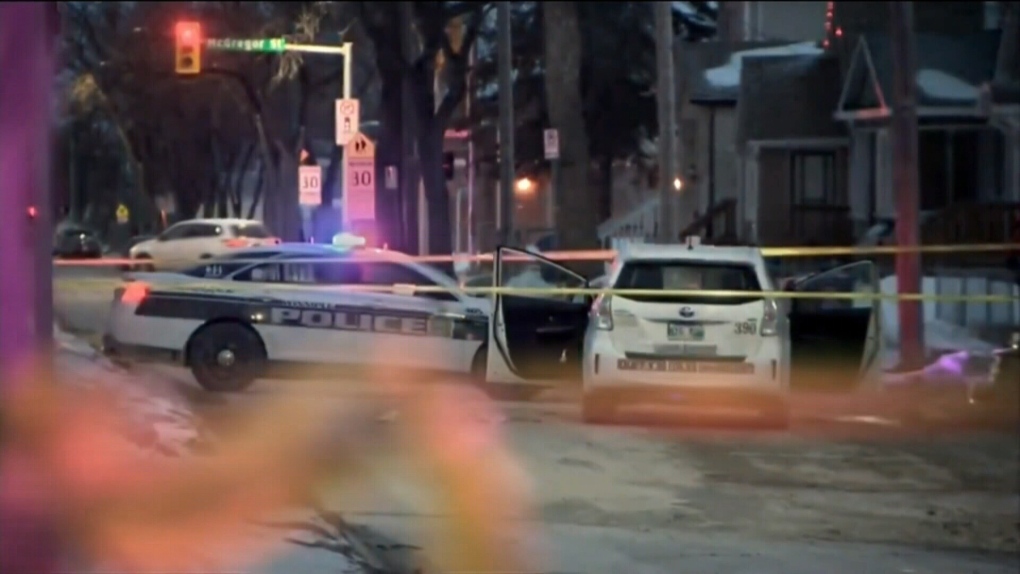 A man accused of fatally stabbing a Winnipeg taxi driver got into a heated argument with another driver minutes earlier, a judge heard Thursday.

The evidence was presented on the second day of Okhoth Obeing’s second degree murder trial in the Manitoba Court of King’s Bench, which is being heard by Justice Joan McKelvey.

The Crown argued that the 22-year-old is criminally responsible for the murder of Duffy’s taxi driver, Balvir Toor, 44, despite the effects of bipolar disorder.

Parwez Paul, 60, told the court he was driving for Unicity Taxi in the early hours of March 19, 2020, when he asked a man he picked up on Magnus Avenue to prepay for his ride.

“I asked for the money in advance and then he gave me $20,” Paul said.

He testified that once they started driving, the man’s behavior changed.

Video played in court from Paul’s taxi captured the man swearing after Paul started driving and Paul swearing at the passenger. Paul testified that he returned the money and the man got out of the car on Burrows Avenue.

“I didn’t feel safe because of his behavior…aggressive behavior.” Paul testified. “I was afraid.”

Paul acknowledged during cross-examination by Obeing’s attorney, Alex Steigerwald, that he spoke harshly to the passenger.

About 30 minutes later, Toor was fatally stabbed in his cab on Burrows Ave.

The Crown alleged that Obeing, still inflamed from his previous interaction with Paul, was responsible for the murder. The Crown argued that he disliked taxi drivers in part because of prepayment demands and that he felt animosity towards South Asians.

The court heard he had stopped taking his medication for bipolar disorder in the days before Toor died.

An officer who worked at the Winnipeg Police Service Central Processing Unit on March 20, 2020, where Obeing was being held, also testified Thursday.

const. Marnie Johannesson told the court there was nothing noticeable about her behavior when she started her shift, but she testified that Obeing’s behavior changed at some point in the post- midday.

“He started banging on the cell door really hard,” Johannesson said. “He just seemed very angry and pissed off.”

Johannesson told the judge that Obeing was restrained and transported by officers, including herself, to the Winnipeg Remand Center.

“He said to one of the officers who were there, ‘You’re next,'” Johannesson said.

She told the court that Obeing then made a comment to a guard.

Johannesson testified that she heard him say, “You’re the same color as the guy I killed.”

Johanesson testified that Obeing then uttered racial slurs while at the remand center in a normal conversational tone.