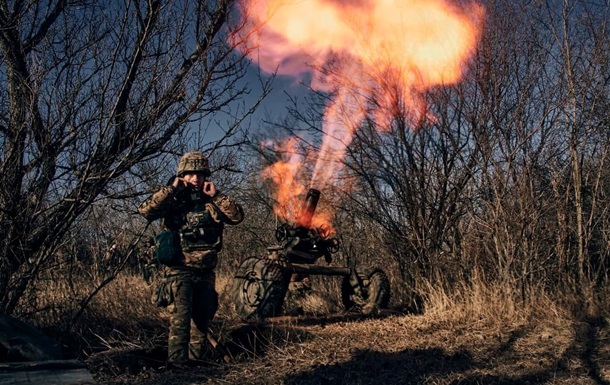 There is still a threat of missile strikes on the objects of the energy system and critical infrastructure of Ukraine.

Last day, units of the Defense Forces repelled the attacks of the Russian invaders in the districts of Bilogorivka in the Luhansk region, as well as Klishchiivka and Maryinka in the Donetsk region. About this reports The General Staff of the Armed Forces of Ukraine in the morning briefing on December 9.

The threat of missile strikes on the objects of the energy system and critical infrastructure throughout the territory of Ukraine remains.

In the Siversky direction, the enemy shelled the settlements of Khodine, Sosnivka, Kindrativka, and Zapsillia of the Sumy region with mortars.

In the Slobozhansk direction, the areas of the settlements of Strelecha, Ternov, Staritsa, Ohirtseve and Kupyansk of the Kharkiv region were hit by fire from mortars and barrel artillery.

The enemy is defending in the Kupian direction. Shelling from tanks and various types of artillery was recorded in the areas of Synkivka, Pishchane and Pervomaiske settlements in the Kharkiv region and Novoselivske and Stelmakhivka in the Luhansk region.

On the Lymanskyi direction, the enemy carried out artillery fire in the areas of Grekivka, Makiivka, Maidanchyk, Nevsky and Chervopopivka in the Luhansk region, Torsky and Hryhorivka in the Donetsk region.

In the Bakhmut and Avdiyiv areas, the enemy does not stop trying offensive actions. Areas of 25 settlements were shelled by tanks, mortars and rocket artillery. Among them are Berdychi, Andriyivka, Verkhnokamianske, Berestov, Bilogorivka, Vesele, Soledar, Bakhmut, Opytne, Avdiivka, Pervomaiske, Maryinka and Novomykhailivka of the Donetsk region.

The enemy is defending in the Novopavlovsk direction. Vugledar, Prechistivka, Zolota Niva and Velyka Novosilka in Donetsk region were shelled.

The enemy is conducting defensive operations in the Kherson region. Tank and artillery shelling was recorded in the areas of Beryslav, Kozatske, Antonivka, Komysany, Dniprovske and Veletenske settlements of the Kherson region and the outskirts of Kherson.

The enemy continues to suffer losses. On December 7 of this year, as a result of fire damage to areas where the occupiers were concentrated in the areas of the cities of Berdyansk, Tokmak, Melitopol, Energodar, Dniprorudne, Pology and Vasylivka of the Zaporizhzhia region, the enemy lost about 240 people wounded. Three ammunition warehouses and about 20 units of military equipment of various types were destroyed. The hospital developed on the basis of the Tokmak anti-tuberculosis dispensary is completely filled with wounded servicemen of the Russian occupation forces.

Units of missile troops and artillery of the Defense Forces of Ukraine hit seven control points, 11 areas of concentration of personnel, weapons and military equipment, and two ammunition warehouses of the invaders.

It was previously reported that during Thursday, December 8, Russian troops made 55 strikes in the Khotyn and Shalygin communities of the Sumy region.