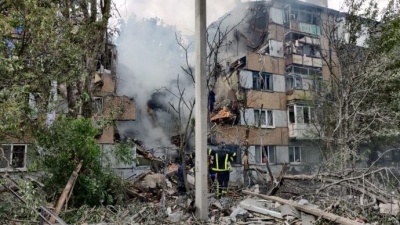 PVK “Wagner” is actively advancing in Donetsk region – near Bakhmut. It is important for the Wagnerites to show success and prove that they can change something in this direction. Also prove that the armed forces of the Russian Federation cannot do anything, and they were able to liberate the entire city.

Viktor Yagun, Major General of the SBU reserve, told about this, Channel 24 writes.

In his opinion, Bakhmut is of great importance for Russians, because the city has a water intake on which the whole of Donetsk and the conglomerate depend.

He noted that before the active phase of hostilities, this water intake was more or less working, and Ukraine did not stop water supply to Donetsk.

Since the beginning of the hot phase of hostilities, the water supply has stopped, and at this time Donetsk is without water, heat and sewage. There is a complete collapse,
– emphasized Yagun.

According to him, the occupiers need to change the situation and show the local population that they can change something. Therefore, they need to seize this water intake.