By The Canadian Press 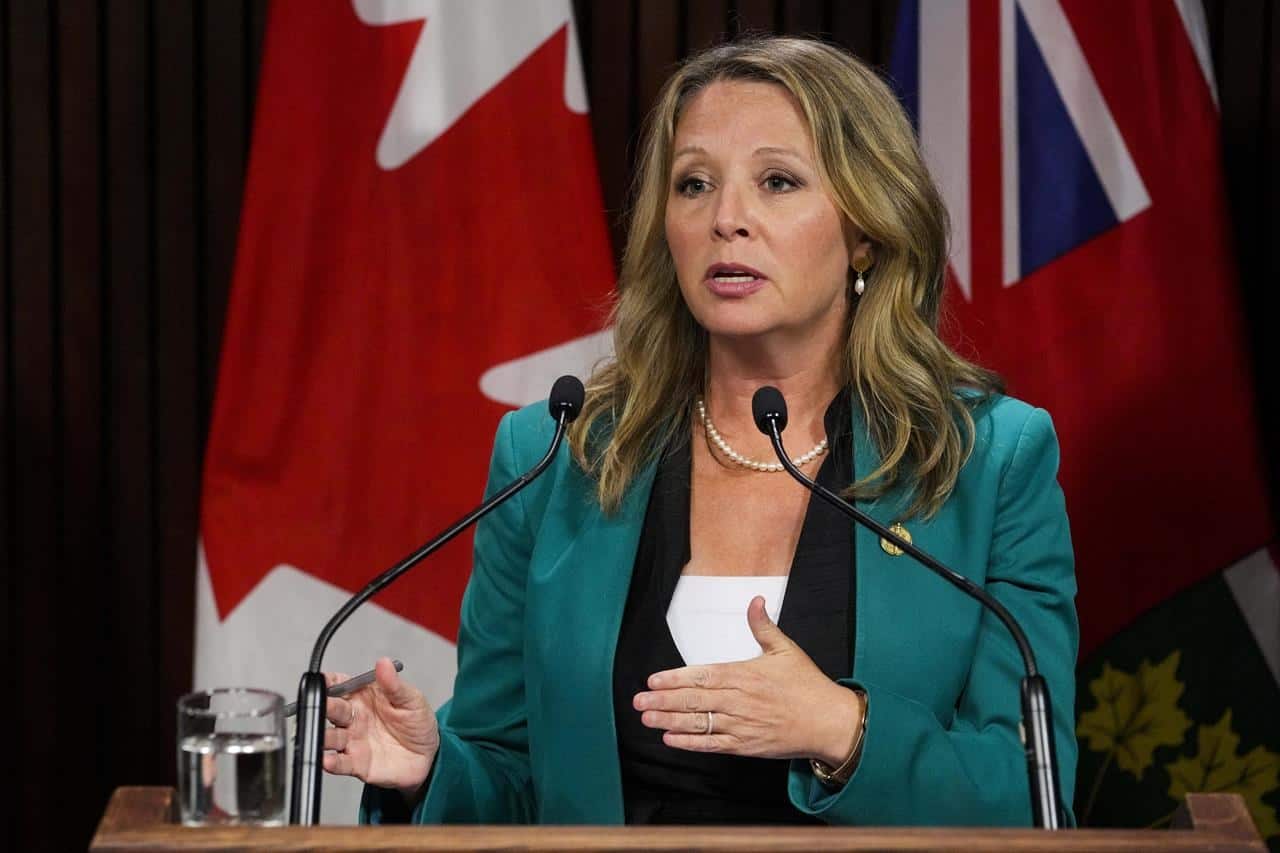 Marit Stiles, NDP MP for Ontario, speaks to the media following the Speech from the Throne at Queen’s Park in Toronto on Tuesday, August 9, 2022. The former school trustee and current critic for Education has launched his candidacy to lead the Ontario NDP. THE CANADIAN PRESS/Andrew Lahodynskyj

TORONTO — Marit Stiles, the current education critic for the Ontario NDP, has become the first candidate to bid to lead the party.

Stiles, a former school trustee, has been a lawmaker since 2018 and says her focus is on bringing down the current Progressive Conservative government.

Horwath, who is now running for mayor of Hamilton, had led the NDP since 2009 and saw it rise from third-party status to official opposition status in 2018 with 40 seats.

But the New Democrats slipped to 31 seats in the June election.

The party said a new leader will be in place by March 2023 and candidates have until December to register for the race.

Stiles says she aims to defeat Premier Doug Ford’s Conservatives, who won the recent provincial election in a landslide victory.

“I invite all Ontarians to join us as we build a movement that can defeat Doug Ford and deliver more to working families – more opportunity, more equity, more access, more hope. “, Stiles wrote in a press release.

“Doug Ford wants us to lower our expectations, but Ontarians know it’s not normal to have 40 kids in a classroom or wait 12 hours in the emergency room.

The province has come under fire over the summer as a nursing shortage caused hospital emergency departments to close for hours or days at a time.

The party said it was in a strong position financially and with its supporters and volunteers.

The leader will be chosen by preferential ballot, which means that voters can select the candidates they prefer in order of preference.

This report from The Canadian Press was first published on September 22.